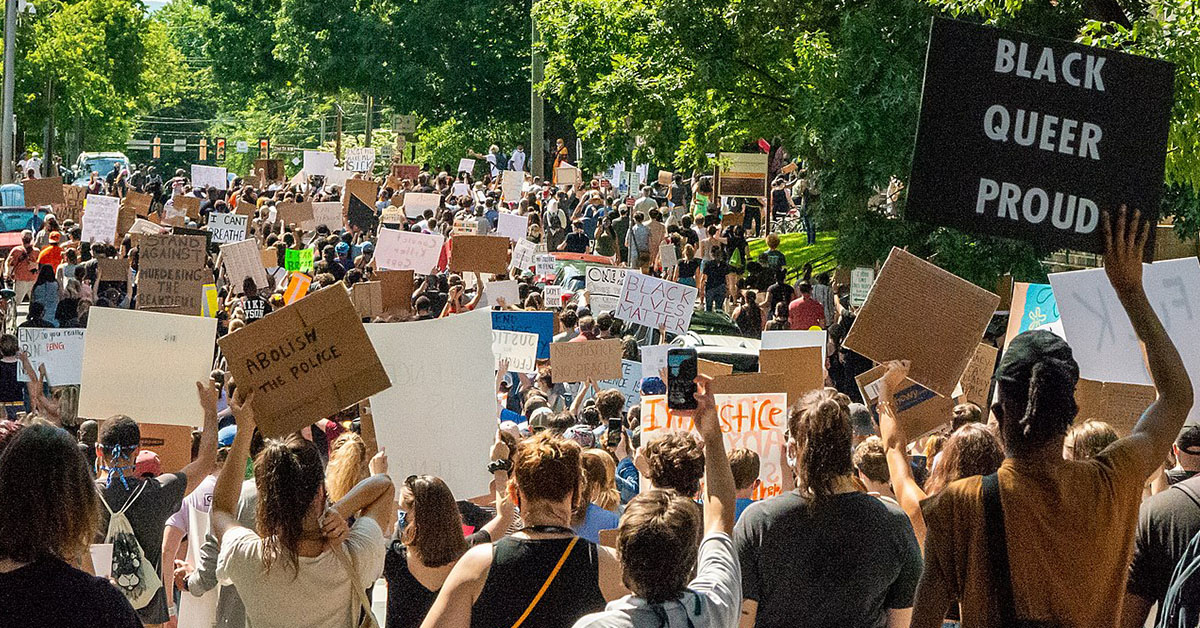 As Black History Month draws toward a close, we know that this doesn’t mean it’s time to stop honoring and learning from Black history – and the resilience, brilliance, and wisdom that appear on its every page. In this year perhaps of all years, it’s a moment not to rest but to step up more than ever.

This is a time to honor and celebrate Black heroes in the LGBTQ movement – heroes too often overlooked not only by history books but within our community as well. Today and every day, we honor the giants – from Bayard Rustin to Audre Lorde to Marsha P. Johnson – who, often at immense personal peril, paved paths toward justice. We honor the Black LGBTQ leaders who push us along those paths today, from leaders of prominent national organizations – like Kierra Johnson of the National LGBTQ Task Force and Imani Rupert-Gordon of the National Center for Lesbian Rights – to those of grassroots nonprofits working on the frontlines – like Joe Hawkins of the Oakland LGBTQ Community Center, Aria Sa’id of the Transgender District, and Brett Andrews of PRC.

This past year has made excruciatingly clear just how far we have to go – from police killings of Black people to violent white nationalism to the explosions of racial-justice protest. The year has ripped away whatever thin veneer covered over the yawning disparities that impact nearly every aspect of Black life – as they have for centuries.

The COVID pandemic has only made things worse, showing in stark, often life-and-death terms what abstractions like “disparity” really look like. For example, 95% of Black LGBTQ people indicated that they or someone in their household has experienced one or more serious financial problems – the highest of any group, LGBTQ or not – since the pandemic began, according to a recent survey by our partner the Movement Advancement Project.

At Horizons, we have been privileged to support numerous Black-led organizations and leaders over the past decades – and today. Black-led LGBTQ organizations remain grossly under-resourced relative to need – and that’s why the foundation’s 2021-2025 strategic plan commits Horizons to significantly increase that support further.

We also take seriously the imperative that every institution must look critically at itself, which Horizons is currently doing through a comprehensive audit of our policies, practices, grantmaking, governance, and staff through lenses of racial justice and diversity, equity, inclusion, and belonging. We commit to listening to – and amplifying and supporting – Black and other POC leaders and voices. We commit to being continuously affirmative in supporting Black-led LGBTQ nonprofits; to listening to and amplifying Black and other POC leaders and voices; and to working to ensure that at all levels, this community foundation is truly our community foundation – a place where every LGBTQ person feels like they belong.

Black History Month may end on February 28, but what it focuses us all on – and what makes the month invaluable – is the lesson that Black history is every day. That Black lives and voices, both in the LGBTQ community and beyond, must be centered in our thinking and strategies every day. That while we honor and celebrate history, we must commit to building a future in which white supremacy no longer reigns and where every human being, regardless of who they are, has equal rights, dignity, access, and opportunity.

And that none of us – including Horizons Foundation – can rest until we reach that day.