Sitting on a couch in Richard’s brother’s apartment in New York City in 1998, both Richard Davis-Lowell and Bill Lowell were delighted to be out in the big city. Years before, Bill had lived in New York City while still in the closet. To be back with the man of his dreams, out and proud, was a source of joy. Over twenty years later, that joy abounds. 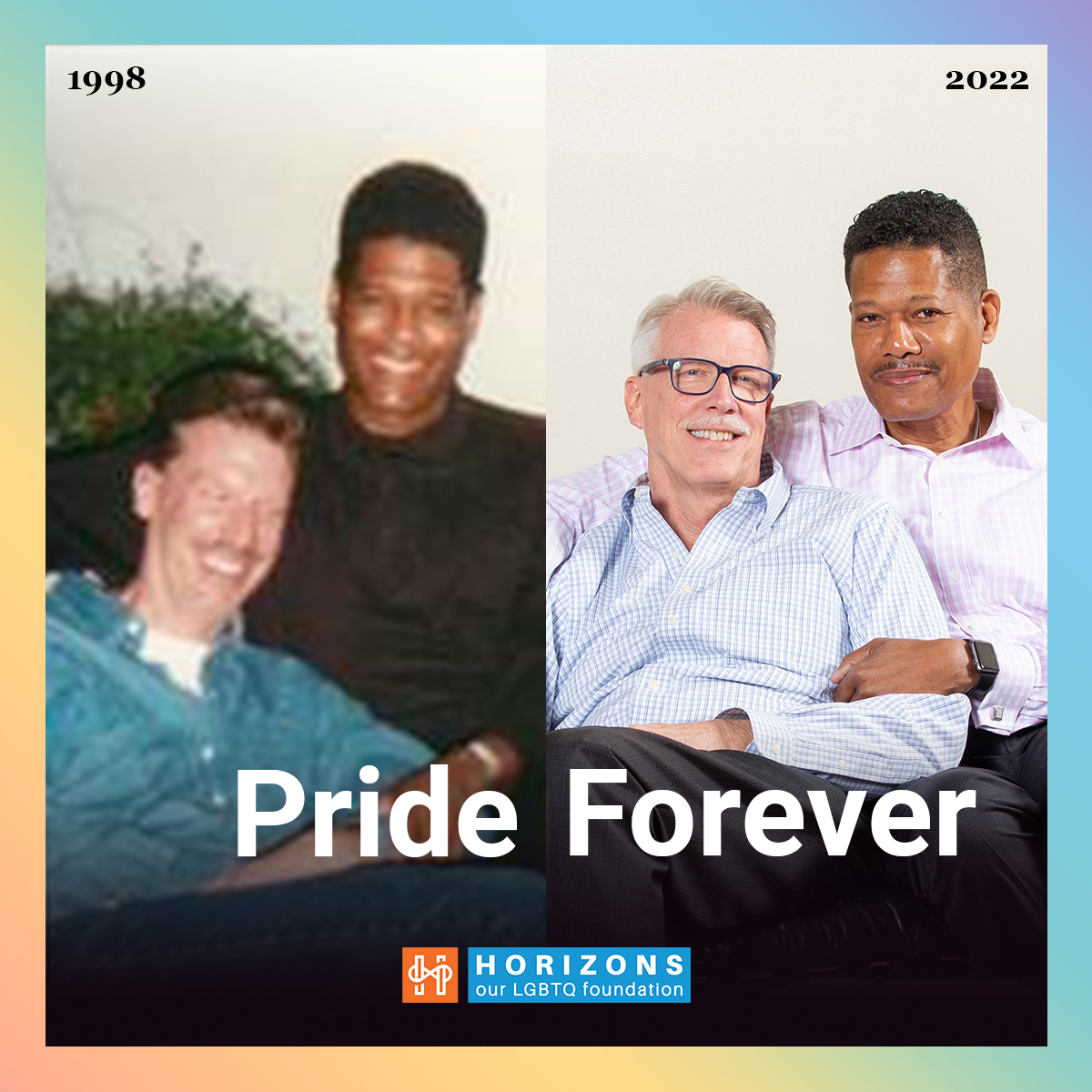 Richard and Bill have supported the community for years, with Richard serving on Horizons Foundation’s board, and Bill serving on the board of Openhouse, an LGBTQ senior center and longtime Horizons grantee partner. They also opened a donor-advised fund with Horizons, through which they have made yearly donations to the organization and many others.

“I have been very fortunate in my life and in my life together with Richard to inherit so much of my freedom and even wellbeing,” Bill explained, and they are determined to use their resources to ensure that freedom and wellbeing for future generations. The pair have been intentional about leaving their resources to their broader community in creative ways. In leaving a legacy gift to Horizons Foundation, they have “realized how powerful a little acorn like a legacy gift can become when it grows into a huge tree,” Richard said.

In choosing a home for their planned gift, Richard and Bill automatically gravitated toward Horizons. For them, it made sense to leave their estate to an organization that aligned with their own goals to help the queer community flourish. Bill explained, “When I think about who might be here in the future to best represent my intentions for the future of our community, Horizons is that institution. I count on them to be here in the future long after I'm no longer here.”

“Providing resources for that future is putting a stake in the ground, and channeling how I feel about myself, my husband, our community, into something tangible,” Richard said. As they look to the future, they are assured that their contribution to Horizons Foundation will play a part in helping the queer community thrive.