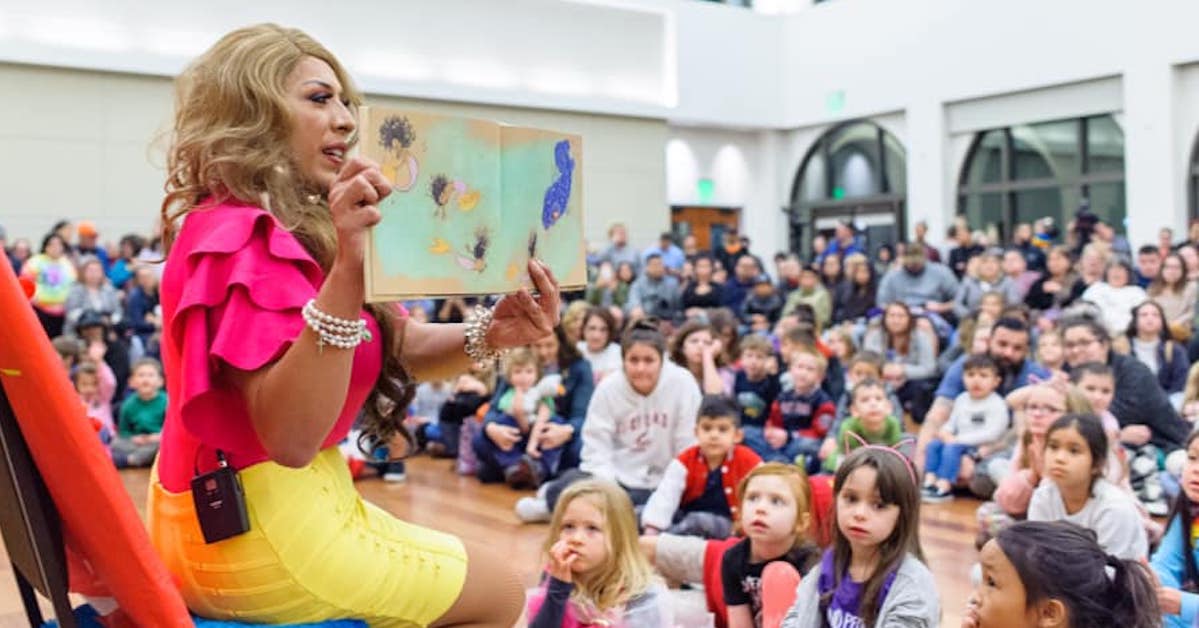 A drag queen sits in front of a crowd, reading a story. The front row is filled with eager children with wide-ranging gender expression: youth assigned female at birth in tuxedos, youth assigned male wearing makeup. Behind them sit the adults, a mix of family and community members of all ages and identities. Some have traveled for nearly an hour to share this moment with their children. Others are LGBTQ seniors without children who have come to the event for a sense of community. This is Drag Queen Story Hour, a program of Horizons’ Community Issues grantee partner Rainbow Community Center of Contra Costa County.

The Center’s story hour is hosted by Bella Aldama, the drag persona of Christian Aguirre. Aguirre, who attended the Center’s youth program during his high school years, now works as a Youth Outreach Coordinator at RCC. He is deeply passionate about his work because he “knows what youth are going through.” For him, RCC’s youth program was a turning point. “I never knew other people like me at my high school or in general. I started attending the youth group every Thursday, and that’s when I started finding myself a little more and gained the confidence to come out to my parents.”

When Aguirre began doing drag, he discovered that it was a powerful platform to be heard. “When I’m doing drag, people actually hear what I’m saying and the message that I want to give,” he describes. “I use drag as a platform so that people can know what’s really going on and what the needs of the community are.”

There is arguably no region in the Bay Area where Drag Queen Story Hours is needed more. In Horizons’ 2018 SF Bay Area LGBTQ Community Needs Assessment, the Northeast Bay was the geographic region where the highest percentage of respondents – nearly half – did not feel a sense of connection to the LGBTQ community where they lived.

Connection to the Local LGBTQ Community

Drag Queen Story Hour is unique because, unlike most drag performances, it is open to people under 21. As a sober event, it is inclusive to community members of all ages and identities. Attendees come from near and far. A lesbian mother, who struggled to find family-friendly LGBTQ events in the South Bay, drove all the way from San Jose to Brentwood to introduce her kids to a drag queen.

The event is also a haven for the parents of LGBTQ children. The parents tell Aguirre of the struggles they’ve had with local school districts to make schools more accepting of their kids. Aguirre admires these parents because, “It’s not easy to raise an LGBTQ kid… I know a lot of them are trying really hard to make it a safe space and a safe world for their kids.”

Recently, RCC’s Drag Queen Story Hour has been the subject of some local and national controversy, with protesters alleging that the event is “warping kids.” Yet Drag Queen Story Hour persists, bringing together the LGBTQ community in celebration of our identities and differences. “It is amazing how one little event can change everyone’s life,” describes Aguirre. “Not because of me, but because it’s a community event that represents LGBTQ people, people of color, and families with LGBTQ kids.”