Leaving a Legacy of Love

When Dipti Ghosh and Meggy Gotuaco went to their first Pride, they didn’t know that they would continue to go together every year for over two decades. Emerging into the queer community in the Bay Area together, they each found not only the love of their life, but a family more expansive than they could have imagined.

As they look to the future of the LGBTQ community, they’ve kept in mind that family. When others remember her, Dipti hopes that they will remember that “I cared and I cared and I continue to care about the community.” For Meggy, she hopes that her legacy shows that she “wanted to make the world a better place than we experienced it.” 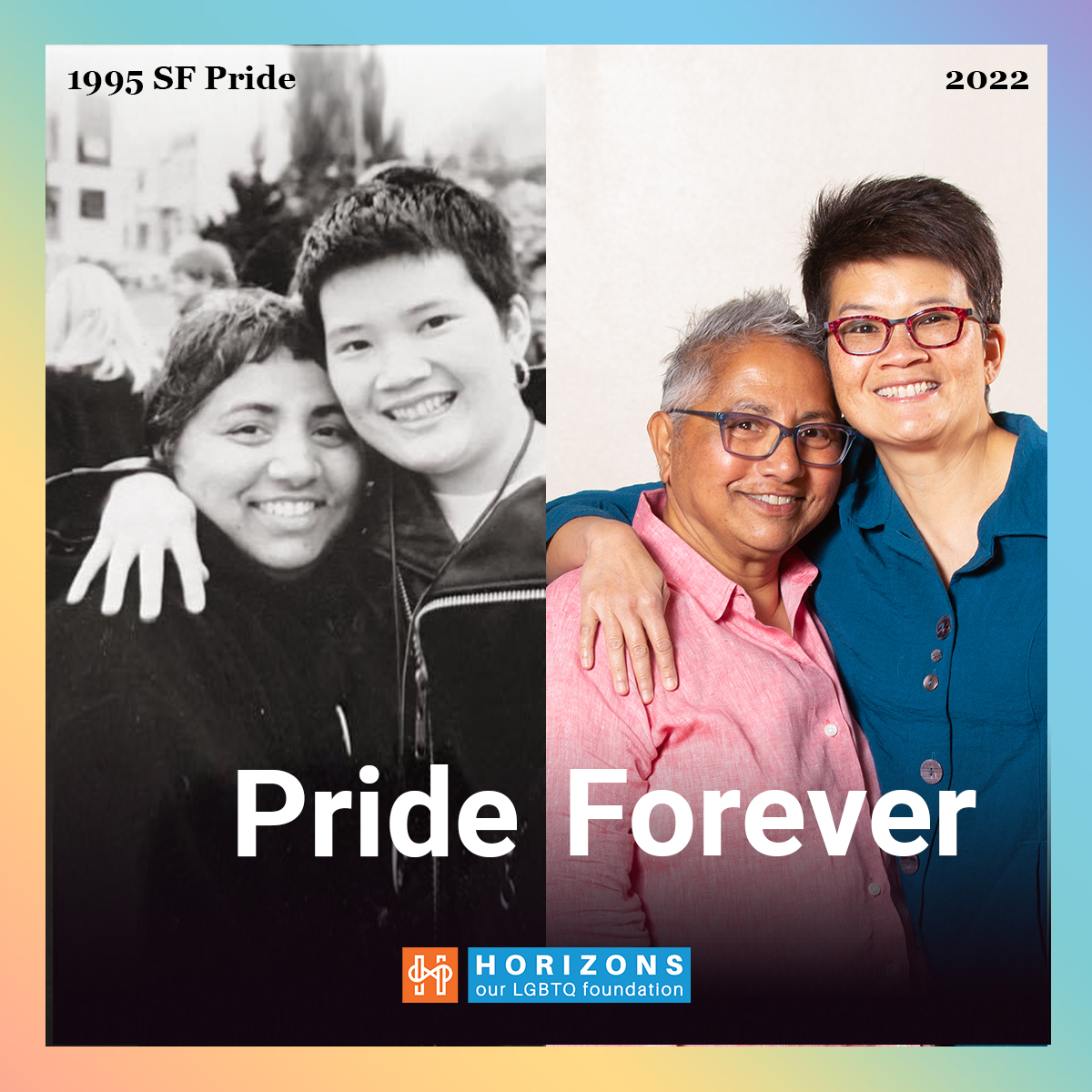 As community activists, the two decided to leave a legacy gift to Horizons because of its position as a community foundation with a far reach into every corner of the community. Both worked with organizations that benefited from Horizons’ support, with Horizons often providing the first funding the organization received.

The two have seen for themselves the crucial foundation Horizons has built, and how it has helped them and their community. For Dipti, Horizons’ dedication to the entire LGBTQ community, especially its most vulnerable members, is another primary reason for her support: “The biggest fight I think that Horizons gets involved in is it really supports the most underserved parts of our community [such as] homeless youth and the organizations that are outside of urban areas that are still doing really good work with LGBTQ people in their communities.” Meggy added, “The beauty of Horizons is that they are very much aware of where the needs of our community are, much more so than we can ever be,” Meggy said.

The future is in some ways unimaginable, and the challenges that lie ahead are unknown – but we can still have a hand in helping to solve them now. With the support of legacy donors like Dipti and Meggy, Horizons will be here for the next group of organizations that rise to support the LGBTQ community while continuing to support those that are already in place. “I think our work will never be done,” Dipti said. “It’s always going to be there. I’d like to think it could be done, and maybe at some point we thought some of it was done, but the fight continues.”

“I would implore people to really think about what legacy they want to leave this world with,” Meggy said. For Dipti and Meggy, leaving a planned gift to Horizons Foundation ensures that they will leave a legacy that reflects their lives of service, and their longstanding love for each other and their LGBTQ family.