Pride as Protest — and Celebration 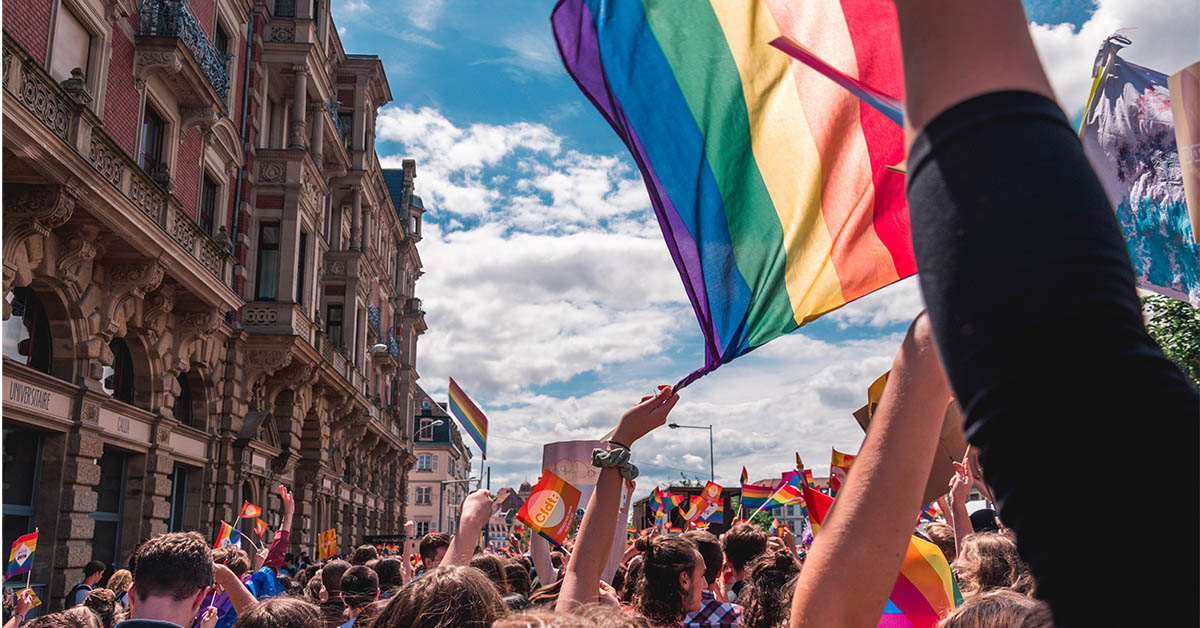 At times during these past two years, it might have seemed as if we’d never again have a June when we could celebrate Pride, together publicly and proudly in person. Well, at last we have that possibility, and whether you decide to celebrate Pride in the streets or at home, all of us at Horizons wish you a joyful Pride.

At the same time, this year doesn’t, much as we might wish it, mark any kind of real return to “normal.” For one thing, some of us will mark Pride without people we’ve lost to COVID.

Besides, the world doesn’t feel anything like “normal.” We all live in the anxious uncertainty driven by the flood of anti-LGBTQ legislation pouring across state after state and the once-unimaginable specter of a world without the protections of Roe v Wade, a world in which the right to privacy itself may be in danger. And then comes the frightening news from Coeur d’Alene, Idaho, about 31 far-right extremists in riot gear preparing to “disrupt” a simple Pride celebration.

Like much of the world, we don’t need any more anxiety – we need joy and community in times like these, perhaps more than ever.

A march or a parade?

But how do we protest and celebrate at the same time? The question reminds me of the age-old debate in our community over Pride. Is it a parade? Or is it a march? For many years, the old activist in me fell cleanly on the side of “It’s a march,” given Pride’s root in the streets of Greenwich Village and the Tenderloin, and the fact that rights for many in our community remain out of reach.

I still feel that way. Especially with what we know is happening right now – from continuing violence against transgender women of color to “don’t say gay” laws to the disproportionate number of LGBTQ people among those unhoused – Pride has to be a march, a protest. Pride has to be a loud declaration of our existence, an insistence on true equality, and our unwavering persistence in getting it.

But now, having watched our community grow stronger and even more magnificently diverse, I see Pride also as a parade. It’s a giant, living, marvelous, creative, awesome celebration of everything and everyone LGBTQ. It’s a party. It needs to be a party. Because we are a community that’s about life, about freedom, about sex, about joy, about family, and about love.

There’s no contradiction between Pride as a march and Pride as a parade. They’re two sides of the same coin, for this community – and all the many communities that make it up – was born in the embrace of both our own humanity and an uncompromising demand for dignity and equality.

In a world seemingly set more and more on looking at everything in oppositional terms – as either this or that, as either us or them – Pride lives equally as protest and as parade. For Pride needs to be defiant. Pride needs to be jubilant. Pride is righteously angry. Pride is pure fabulousness. Pride is “no going back,” and Pride is a million greetings of “Happy Pride,” followed by a million hugs.

Pride is us – and Pride is forever.