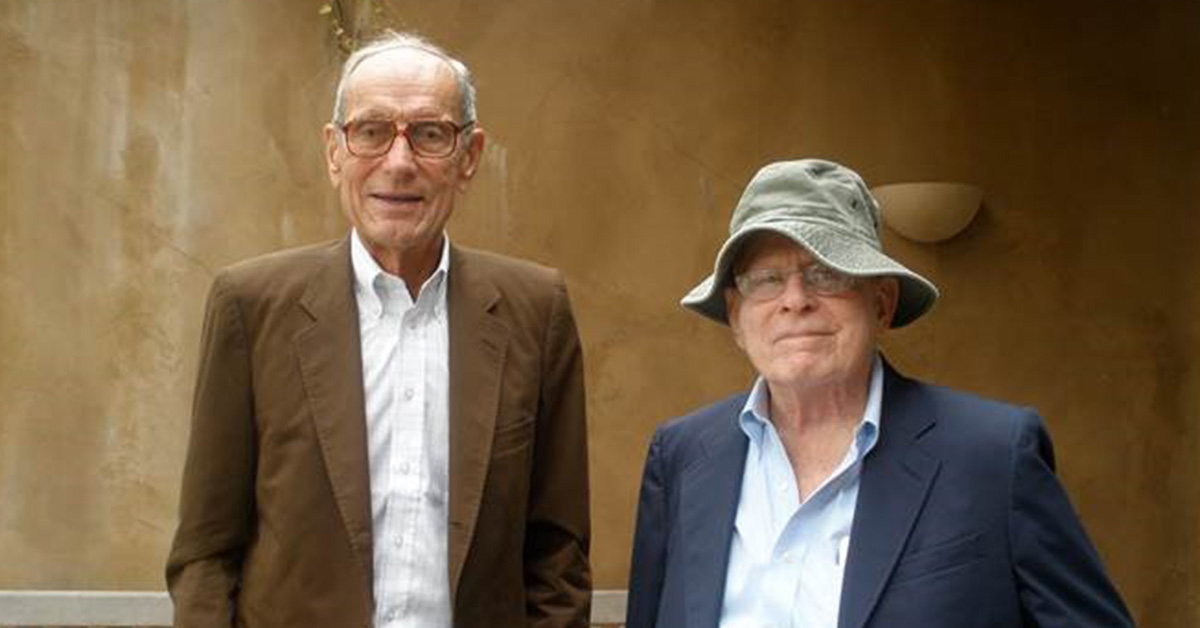 Partners in love for over six decades, Peter G. Holmstrom and Morton B. Blatt knew the importance of building something that lasts. Their bond was deep and enduring, and so will be their impact on LGBTQ people, as the couple left Horizons’ largest-ever bequest – over $4.2 million – explicitly focused on the LGBTQ community. This gift will provide tremendous resources to the LGBTQ community for many decades to come.

Peter and Morton fell in love in Chicago, where Peter worked as an investment manager and Morton as a medical illustrator. In the late ‘80s, they left the Midwest and settled in Greenbrae, California. Lovers of music and committed patrons of the arts, they frequented the opera, symphony, and ballet. Their home was a gallery of Morton’s art and other works collected during their travels around the world.

After making their first gift to Horizons in 1997, Peter and Morton deepened their relationship with the foundation over two decades, becoming members of Horizons’ Leadership and Loyalty Circles through their annual gifts. As this relationship grew, so too did their desire to create an even deeper impact – an enduring legacy.

As Peter and Morton grew in age, they developed an appreciation for the unique challenges facing LGBTQ seniors, such as finding LGBTQ-sensitive housing and healthcare providers – challenges laid bare in Horizons’ SF Bay Area LGBTQ Community Needs Assessment. That’s why, in their estate plans, Peter and Morton directed Horizons to identify an opportunity for a capital gift of $1.5 million that would support the LGBTQ community, especially LGBTQ elders  – a gift that will have an enormous impact on addressing these challenges.

Though Peter and Morton had a specific interest in supporting LGBTQ seniors, they pursued a larger goal: to help as many LGBTQ people as possible. To advance this goal, they created the $2.2 million Morton B. Blatt and Peter G. Holmstrom Endowed Fund, which will make grants supporting the LGBTQ community, flexibly responding to the community’s changing needs – forever. Their named fund, housed within Horizons’ LGBTQ Community Endowment Fund, will permanently recognize their generosity while providing a constant stream of resources to the community that they so dearly loved.

“Peter and Morton’s deep commitment to the LGBTQ community mirrored their commitment to one another,” said Roger Doughty, Horizons’ President. “Horizons is so grateful to be entrusted with the honor of carrying out that commitment – for many generations to come.”