This Week in America 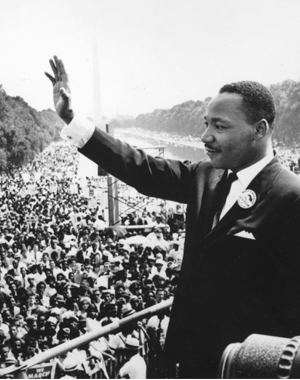 As happens every four years, America’s celebration of Dr. Martin Luther King, Jr.’s birthday arrives on the same week as the inauguration of the president. Sometimes, as this year, it also brings the departure of the current president. Seldom, however, has this calendaring coincidence seemed so jarring – and simultaneously so fortuitous.

JARRING INDEED
It is beyond startling to watch as the eight-year curtain draws across Barack Obama’s presidency, and to see, approaching fast, an administration that could hardly be more ideologically and symbolically opposite. The LGBTQ community has never had a better friend in the White House than the departing president. This president has, albeit with incomplete success, consistently summoned the nation to its better instincts and prouder traditions. Nor, of course, has the country’s highest seat ever before been held by an African American.

The past eight years have hardly been free of disappointments, for our movement and for scores others. At the same time, advances have been genuine and have changed, bettered, and saved thousands upon thousands of lives.

And it’s about to change, drastically. In truth, I can’t count all the people who’ve told me in the past 71 days that they’ve been disengaging in one way or another. The temptation to crawl away and cover our heads, to wish away what we fear is coming, is entirely real.

WISDOM WE’LL NEED
It is precisely because of this temptation that the coincidence of Dr. King’s birthday and this inauguration is, however wildly ironic, fortuitous. History tells of numberless heroes and heroines who kept on, who did not give up, who fought the good fights of their times. Even among that company, Dr. King stands a giant. His life was a testament to endurance, to bearing the grievous costs of resistance, to never giving in to injustice. Today, we need his example and his wisdom perhaps more than ever.

In recent days, one of his many often-cited phrases has echoed in my mind:

“Our lives begin to end the day we become silent
about things that matter.”

This is no time to turn away. Some of us may be in positions to go through the next presidential term or two relatively unscathed. But the more vulnerable members of our community – trans people, people of color, low-income LGBT people, immigrants and refugees – most certainly are not.

We cannot and we will not be silent – now or ever – about what Dr. King called “the things that matter.” And as worried as I am by what is happening in our society, I’m profoundly encouraged – moved – by the outpouring of commitment to protect what is dear and stop the moves to drive us backward.

Maybe you’re going to one of Saturday’s Women’s Marches. Maybe you’re already volunteering more than you did before November 8. Maybe you’re digging a little deeper to support critical work to draw the line. Maybe you’re joining with neighbors and friends to figure out what you might do together.

Horizons Foundation commits to being there with you, with our community, and with all who stand for a society in which all people, including LGBTQ people, can live with pride, dignity, justice, and joy.