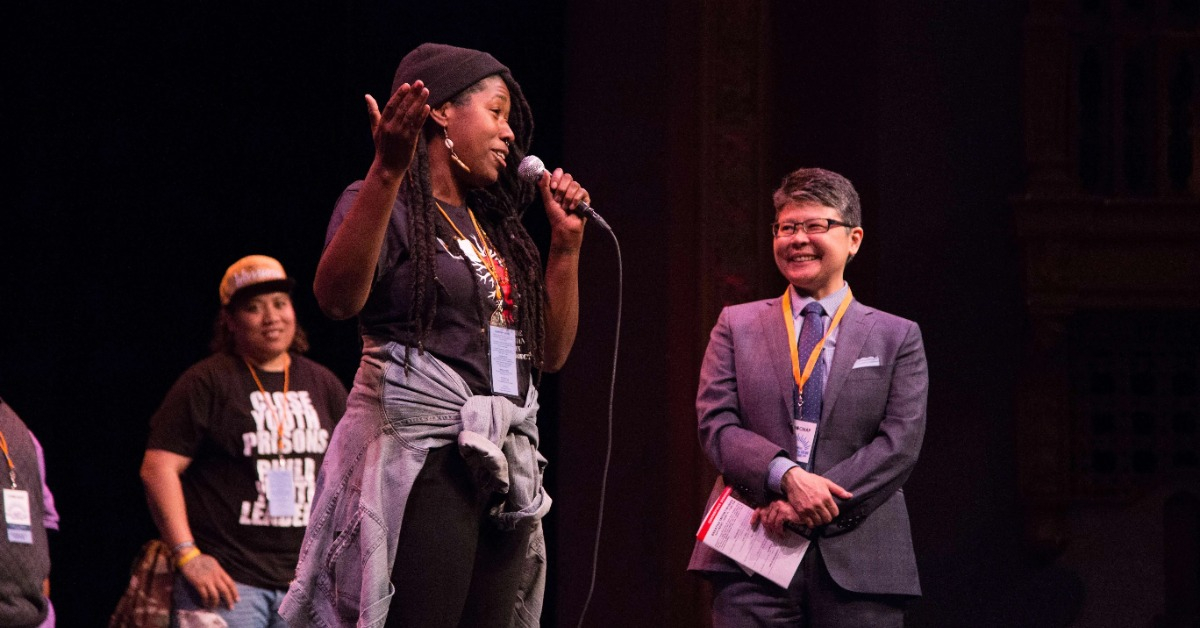 In 2000, Madeleine Lim—an award-winning filmmaker and lesbian arts activist—founded the Queer Women of Color Media Arts Project (QWOCMAP) with the belief that a community of artist-activist filmmakers could change not only the face of filmmaking, but also the social justice movement as a whole. For seven years, she alone carried that belief, as the organization’s only staff member. Working with nothing but a few thousand dollars, she was driven by one critical question: “If we’re not making films about our own lives, then who will?”

Still, despite the difficulty of being the only employee, Lim was never alone. From the get-go, she had the full support of her community. In 2003, she and a few volunteers found success putting together a queer women of color film night, which was met with “a line of people out the door, down the stairs, and around the block,” she said. Just two years later, this modest film night was transformed into a full-fledged, two-day film festival. Run by Lim and a handful of volunteers in the SF LGBTQ Center, QWOCMAP’s first Queer Women of Color Film Festival was the epitome of a community-driven event.

As a filmmaker, I can maybe make one film every 3-5 years because of the fundraising piece of it, but if I can teach filmmaking skills to the folks in our community—queer and trans people of color—then that many more films by and about us are being shared.

Though the festival has grown significantly since 2005 and now takes place in the much larger venue of the Presidio Theatre, community still sits right at the heart of it and everything else QWOCMAP does. As Lim says about her vision for the organization and the importance of uplifting new queer filmmakers of color, “As a filmmaker, I can maybe make one film every three to five years because of the fundraising piece of it, but if I can teach filmmaking skills to the folks in our community—queer and trans people of color—then that many more films by and about us are being shared. [...] We as a community get conveyed in all of our amazingness. We get to be who we are; we get to be happy and alive at the end of a movie.”

QWOCMAP’s history with Horizons is a long one. When T. Kebo Drew first joined the organization in 2007 as its second-ever employee, she did so as a Horizons Foundation Rickey Williams Leader Fellow. Designed to support emerging LGBTQ leaders of color, this fellowship gave Drew and QWOCMAP the funds and support they needed to grow. In the span of just one calendar year, QWOCMAP’s donations increased tenfold. The organization has also benefited from its multi-year participation in Give OUT Day, Horizons’ national annual giving event, through which QWOCMAP has raised thousands of dollars, including prize grants as a top fundraising organization. As Kebo says, “Horizons has been able to come along at very pivotal moments—from an early grant that [Lim] received for one of her films, to early versions of QWOCMAP, to the fellowship.”

Horizons’ most recent partnership with QWOCMAP carries on this legacy. As a recipient of a Horizons’ Community Issues Grant in 2022—only the latest in a string of many Horizons grants—QWOCMAP will be able to continue to run, expand, and improve their five-day youth filmmaking workshops. Having centered youth in their services since 2003, QWOCMAP recognizes the transformative potential that art has on young minds. And with leadership skills and creative development at the heart of this filmmaking program, it’s more important now than ever. When asked about the incredible work her organization is doing now, Lim says “I did not anticipate that 22 years later, our work would still be not only relevant but crucial.” But with over 450 films having been produced by QWOCMAP alumni, the good this organization does—and the support it needs—is only growing.