Board, Staff, and Advisors 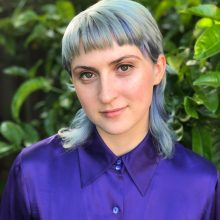 Laura joined the team in 2019, having previously worked for the GLBT Historical Society. It was there that they solidified their commitment to supporting the interests of the LGBTQ+ community, and they now continue this endeavor with Horizons.

With a Bachelor’s Degree in Anthropology from San Francisco State University, Laura has worked with non-profits, public and private schools, and small businesses. In their down time, they enjoy going on road trips with their fiancé Sam, thrift shopping, and going to the dog park with their baby, Cowboy. 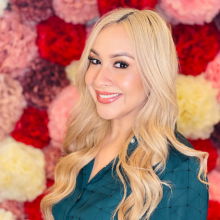 Angie brings nearly a decade of Event and Marketing experience. Coming to us from the Central Valley where she served as a youth mentor and member to various community organizations. As she settles into her community here in San Francisco she looks to make a positive impact. Angie has had the pleasure of working with some amazing organizations such as San Francisco Pride, Castro Street Fair, Formula E Racing, and Solvang Julefest.

In her free time she enjoys exploring the city with her four year old dog Frederick Cornelius and discovering new restaurants. She also enjoys traveling and visiting zoos in all different cities. 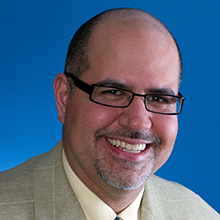 As Vice President of Grants, Programs, and Communications at Horizons Foundation, Francisco Buchting oversees all of the foundation’s grantmaking, programmatic strategies, and communication activities. He also spearheads the Global Faith and Equality Fund – a 17 years spend down initiative funding at the intersection of Faith, LGBTI rights, and Reproductive Justice. Francisco brings to Horizons a background as a research scientist, a public health professional, and an experienced grantmaker.

His 25 plus years of experience in government, philanthropy, and nonprofit organizations include forming private-public partnerships, leading knowledge brokerage initiatives, and problem-solving through a mix of creative yet simple solutions with clear implementation and success metrics. Francisco’s career includes a bilingual clinical practice in behavioral medicine with a special focus on chronic diseases, co-authored a bimonthly newspaper column, written numerous research articles, and produced research reports. He has also served on numerous community-based organization boards and museum advisories. 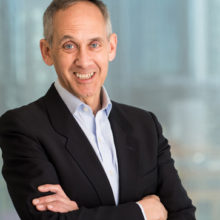 Roger has been an activist and leader in the LGBT movement for more than 25 years, and he has led Horizons Foundation since 2002. Prior to joining the foundation, he served as the Executive Director of Horizons Community Services in Chicago, the Midwest’s largest LGBT social service and advocacy organization.

During Roger’s tenure at Horizons, the foundation has dramatically increased its grantmaking, capacity, and overall asset base.  He oversaw creation of the LGBT Community Endowment Fund for the community’s future; helped bring millions of dollars in funds from mainstream foundations to our community, and has been a national and local leader in multi-year efforts to increase philanthropic giving to LGBTQ causes.

In Chicago, Roger led that organization’s expansion into the Chicago LGBT Community Center, known as the Center on Halsted. Before moving to Chicago, he was the Director of Programs for the Los Angeles LGBT Center, where he oversaw the Center’s 40-plus programs and services. Roger’s San Francisco background includes his tenure in the law firm of Heller Ehrman, where he specialized in refugee, immigration, and asylum cases involving people fleeing from gender and sexual orientation-related discrimination.

Roger also has served as president of the Gay and Lesbian Activists Alliance in Washington, D.C., and was Associate Director of the Coro Foundation. He serves on the boards of Northern California Grantmakers and as Board Chair of OutRight Action International, the world’s leading LGBTIQ human rights organization. Roger holds a Bachelor of Arts degree from Williams College, a master’s degree from the Goldman School of Public Policy at the University of California, Berkeley, and a J.D. from the UC Berkeley School of Law. 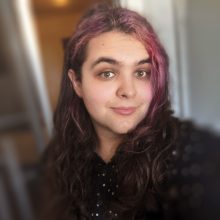 Having worked with non-profits and LGBTQ organizations in the California Central Valley, Sofia hopes to bring her passion for the community and her expertise in design to Horizons Foundation. Formerly, Sofia has served as President of Lambda Alliance at UC Merced, a student-led queer organization focused on education, inclusion, and the uplifting of QTPOC voices both on-campus and in Merced County.

Sofia is currently pursuing a Bachelor’s Degree in Computer Science at the University of California, Merced. Outside of work, she can be found creating artwork, thrifting for pins and vinyl records, playing the piano, or otherwise developing personal projects alongside her friends.

Taeko joined Horizons Foundation in Spring 2022 after a 10-year career working in community foundations and non-profits in the Bay Area. Coming from a development and operations support background, Taeko’s experience ranges from database management to philanthropic advising to managing day-to-day operations, with a heavy emphasis on data analytics. Her philanthropic interest areas includes transgender rights, healthcare and housing, queer representation in the arts, and increasing the number and visibility of BIPOC queer leaders in the community.  Taeko holds a double degree in Mathematics and Economics from University of California, Santa Cruz.

A San Francisco native, Taeko enjoys spending her free time exploring the Bay Area for the best burrito, checking out local art, and enjoying a cold brisk day at Ocean Beach. She lives in the Mission with her partners and their perpetually annoying cat Freydis. 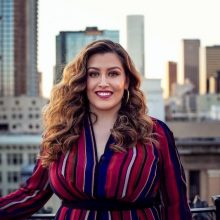 Candace Lopez is a non-profit professional with over 15 years experience with the majority of that time in Fundraising and Development.  She is a Development Generalist with specialization in individual giving, program development, and operational efficiency. She is humbled to have raised money for organizations in Austin, San Antonio, Los Angeles, and the San Francisco Bay Area.  Her fundraising portfolio is diverse and spans various causes including civil liberties, the arts, higher education, domestic violence, and gender equity. 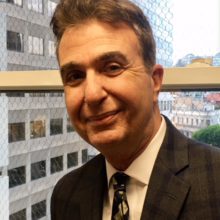 John Marvuglio is the Chief Financial Officer at Horizons Foundation, managing the financial operations of the organization.  John is committed to the long-term financial success of the Foundation and maintaining a high level of integrity and transparency.

John is a licensed California Certified Public Accountant and previously was the Chief Financial Officer for a $15 million social service non-profit.  His responsibilities included long range planning, budgeting, risk management, and corporate compliance.  In his career, he has managed Human Resources, Facilities, and IT.

John holds a bachelor of science in accounting from the University of Colorado along with a Masters in Fine Arts in painting from John F. Kennedy University. 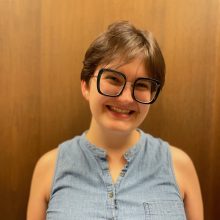 Currently in pursuit of a Bachelor’s Degree in English, Psychology, and LGBTQ Studies, Ash is joining the team from Syracuse University. There, they are deeply involved in their queer community, both on and off campus. With a research background in writing and editing for diversity and inclusion, they came to Horizons excited to put their knowledge to good use.

Ash has previous experience with queer lifestyle magazines, educational institutions, and small businesses. In their free time, Ash enjoys grabbing coffee with their fiancé, cuddling their cats Mothman and Banshee, and slowly building their army of house plants. 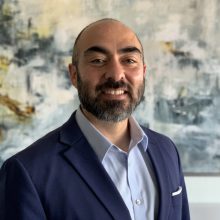 Henry Pacheco has been in the non-profit sector for over 19 years working with small and large organizations to meet strategic objectives through fund development, donor stewardship, marketing, and event management. He has worked on staff or as a consultant for a wide range of community based organizations including domestic and international LGBTQ+ advocacy NGO’s, youth education, senior healthcare, and fine arts organizations.

Henry graduated from San Francisco State University with a Bachelor of Science in Design and Industry. Henry currently sits on the Board of Trustees for Leadership High School in San Francisco as well as on the Board of Directors for the Association of Fundraising Professionals (AFP) – Golden Gate Chapter. Outside of work Henry enjoys cooking, reading, hiking, and meeting people. 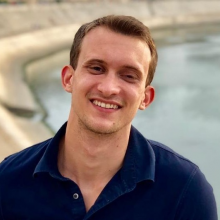 Curtis joined Horizons after leading digital engagement at GLSEN, a national organization creating LGBTQ-inclusive schools, followed by a stint at Media Cause, a marketing agency exclusively for nonprofits. He holds a bachelor’s in psychology from Harvard University.

Originally from Phoenix, Curtis lives in Miami with his husband Rob and mini labradoodle Winston. He joined Horizons in 2019.