How A.B.O. Comix Is Amplifying the Voices of LGBTQ Prisoners 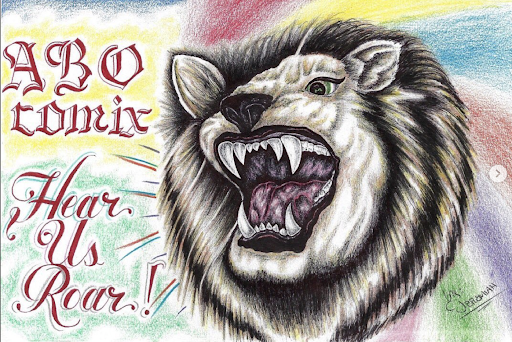 Casper Cendre, founder and director of A.B.O. Comix, has worked in prison advocacy for well over a decade: “This job has changed every single aspect of who I am as a person, my value structure and my core beliefs.”

A.B.O. Comix, a recipient of a recent Community Issues grant from Horizons Foundation, is a collective of creatives and activists who work to amplify the voices of LGBTQ prisoners through art, keep them connected to the outside community, and help them fight towards liberation. The collective publishes comix anthologies, zines, and books by over 250 incarcerated LGBTQ people, and assists incarcerated LGBTQ people with navigating prison bureaucracy, accessing medical care, and obtaining legal counsel.

Before founding A.B.O. Comix, Casper was on the leadership team of Black and Pink, an organization that connects LGBTQ people in prison with free-world penpals. At a community garden in Oakland one day in 2017, Casper and two friends who were involved in Bay Area comic and zine collectives came up with the idea to connect Casper’s artist penpals in prison with zine creators and put together a collection of comics about their lives. Casper took out an ad in the Black and Pink newspaper, which circulates to prisons nationwide, and told his penpals in prison. The project exploded with popularity by word of mouth in the prison system.

That year, A.B.O. Comix published the first of what would become an annual graphic novel collection, the latest of which featured 60 artists. Since 2017, they have published over thirty comics, books, memoirs, poetry, anthologies, and zines. 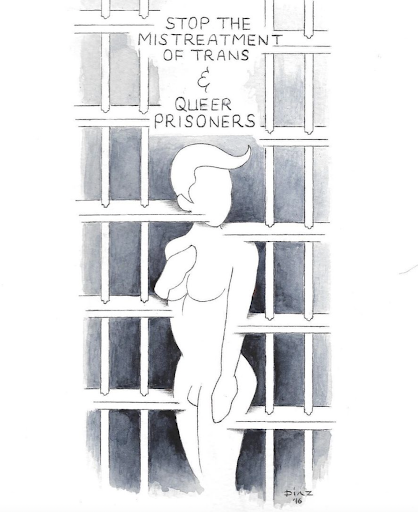 At the heart of A.B.O. Comix’s collective is its community of artists, many of whom keep in touch via letters. The collective communicates regularly with about 320 individuals in about 80 prisons all over the country, and receive 100 to 300 letters a month from incarcerated individuals. “I spend probably a hundred dollars on postage every two weeks,” Casper said.

A.B.O. Comix operates on a philosophy of mutual support, community, and friendship. One way that A.B.O. upholds this commitment is through its advisory board, composed of 15-16 incarcerated members who have been involved with the collective for years, some of whom have been writing to A.B.O. weekly since 2017. Through phone calls and letters, “they provide a whole lot of incredible guidance and feedback for us on how to best make sure that we’re making the most positive change for folks on the inside.”  These incarcerated members are deeply committed to A.B.O. Comix; many look forward to continuing to work with the collective after they leave prison.

Beyond art, A.B.O. Comix’s activism extends to fundraising for incarcerated individuals’ commissary accounts, legal fees, and medical co-pays. They provide re-entry support by providing hotel rooms to those leaving prison that don’t have a place to go, and connecting individuals to other organizations and community resources. 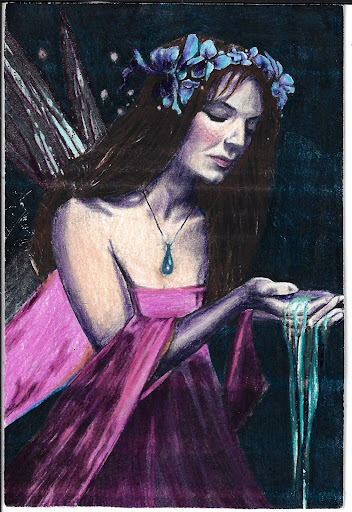 This work is not without significant challenges: the bureaucracy of the prison system is arbitrary and constantly in flux. The rules change from state to state and facility to facility. In order to work within this system, A.B.O. Comix has set up ground rules for corresponding with incarcerated individuals. The rules are often conflicting and confusing: some facilities stopped accepting greeting cards in any capacity, while others stopped taking anything but postcards. “We have a giant address book of hundreds of people that we send newsletters to and write with, and every single person has a column that says [the specific] rules at their prison. We have to check that every single time we write to somebody,” Casper explained.

This work has fundamentally changed Casper. It has given him friends: “My very first friend in prison ever, she was incarcerated as a minor, when she was 17 with a life sentence. She’s grown up in prison; she’s in her thirties now. We both transitioned along the same timeline. She’s been one of my best friends for a decade.”

The work has given Casper a new worldview as well. Coming to this work with particular thoughts and beliefs, Casper’s world expanded when he began to speak with people “all across the country who have radically different experiences and politics and ideologies and religions. [They] really helped me realize that I don’t ever want to speak on behalf of somebody who has a different experience; I just want to help share their stories.”

While this work can cause emotional burnout, Casper remains optimistic and sees the “surprisingly beautiful” aspects, including the resilience of the human spirit. “We view [the prison system] as very scary, very bleak…. In a lot of ways that is very true and very valid, but I think something that consistently surprises me is the beauty and the love and appreciation that comes out of prison walls… Pretty much every single letter I receive from people is full of jokes and happiness and beautiful art and people who just want to share their stories and build connection and learn and grow.”

“I think that that’s kind of the thing I'm most proud of,” Casper said, “is being able to offer the perspective of so many people who are living within the prison system to the world that they can learn firsthand directly from people experiencing it what it’s really like and the changes that we can make. ”

Running a collective like A.B.O. Comix is “so much more expensive than my brain can even wrap itself around, so [grants] really help us be able to continue to exist… I’m so grateful that Horizons Foundation has been working in collaboration with us for the last couple years… y’all were one of the first to offer us grant funding and that changed everything.”

This summer, A.B.O. Comix is launching a podcast featuring longform interviews with incarcerated artists, and they plan on creating ten publications this year. To learn more about prisoner letter writing, visit their website at https://www.abocomix.com/penpals.html. 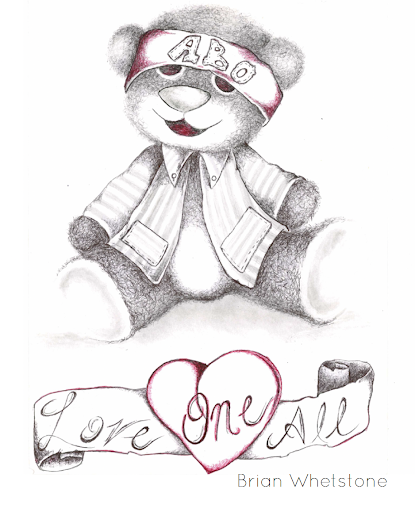