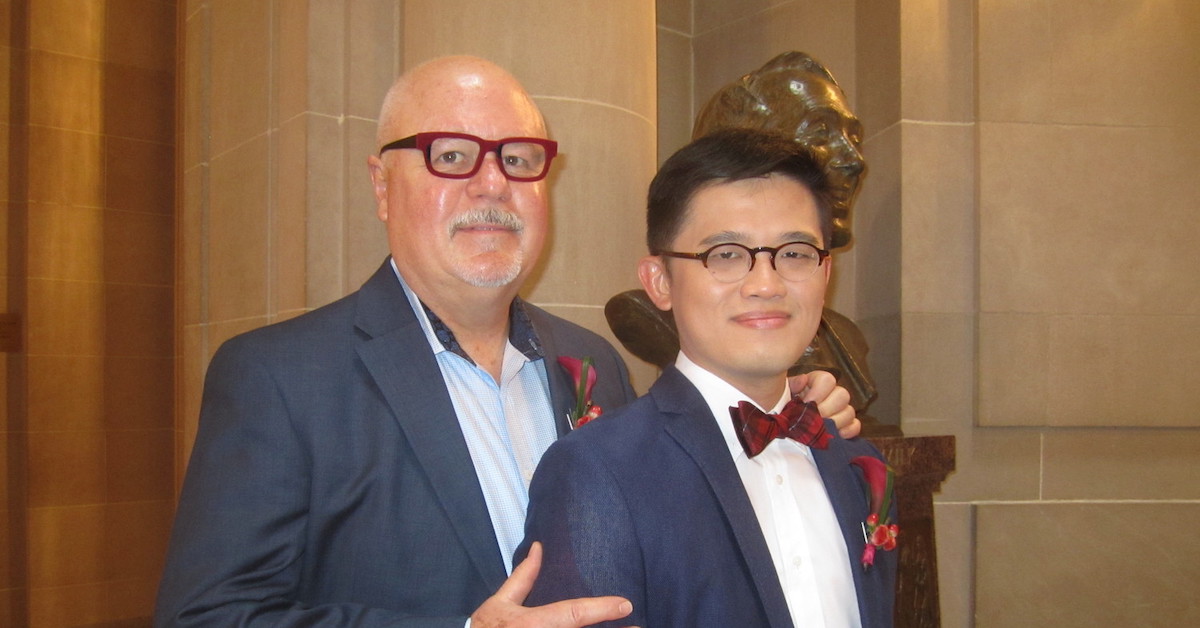 As the AIDS epidemic decimated his community, he did what he could do to help. “We lost so many people, so fast, and we had to scramble. What do we do?” So he taught himself to be a fundraiser, recognizing that his community had few resources to deal with a crisis of that scale.

Near the start of the epidemic, Horizons was the first foundation to give a grant to any AIDS service provider, the Kaposi’s Sarcoma Research and Education Foundation, later known as the San Francisco AIDS Foundation. This commitment to addressing our community’s emerging needs — to taking risks when no one else will — is one reason why Randy has been a Horizons supporter for decades.

Now, Randy, with the support of his husband Harrison Yeo, is stepping up again — this time, to equip future generations with the resources to address whatever needs the community might have. And he’s trusting Horizons to help.

After serving on grant committees for three different foundations, Randy knows how to spot grantmaking expertise. He values how Horizons’ decision making is grounded in the voices of the community, and how the foundation serves as an umbrella organization for the LGBTQ community by funding a broad range of issues, from advocacy to the arts. “I’d love to see this kind of model replicated all over the country. It’s a dream of mine,” he said.

Randy chose to make a legacy gift to Horizons, which will contribute to the foundation’s permanent endowment, allowing us to make grants for generations. “We have a chance to build a corpus of funding that could be really impactful,” he said, “to be ready for that next emergency we don’t know about yet.” When urgent situations arise in the future, LGBTQ organizations can have timely access to the resources they need.