A Lifetime and Legacy of Activism

Leslie Ewing has a long history with the Horizons Foundation community. In 1993, she and Horizons’ President Roger Doughty worked together on the March on Washington. “We’ve shared tears,” she said as she recounted her connection to Horizons. “I’ve trusted [Horizons] for all these years,” she said. “The integrity of the people who [are] working there really drove my decision, probably more than anything else, when I decided to make my gift.”

A prominent LGBTQ activist and former executive director of the Pacific Center in Berkeley, the third oldest LGBTQ center in the country, Leslie was careful in her decision of how to allocate her estate. As more and more people come to grassroots, community-based organizations for help, Leslie has seen Horizons’ work become only more crucial. Having worked for organizations that benefited from Horizons’ grants, she has seen the power of a community foundation: “No one comes anywhere close to doing the work that Horizons Foundation has been doing all this time.”

Leslie’s activism extends back to 1987, when she attended the first March on Washington with her partner. She came back and started volunteering, and worked with the AIDS Emergency Fund for years.

She was arrested at the 1988 ACT UP Protest in front of the FDA in Washington, D.C. “Most of the people that are in that picture are dead, including my partner. So, you know, it was a time when we didn’t think about the next year too much. We just did what we had to do right now,” Leslie explained. 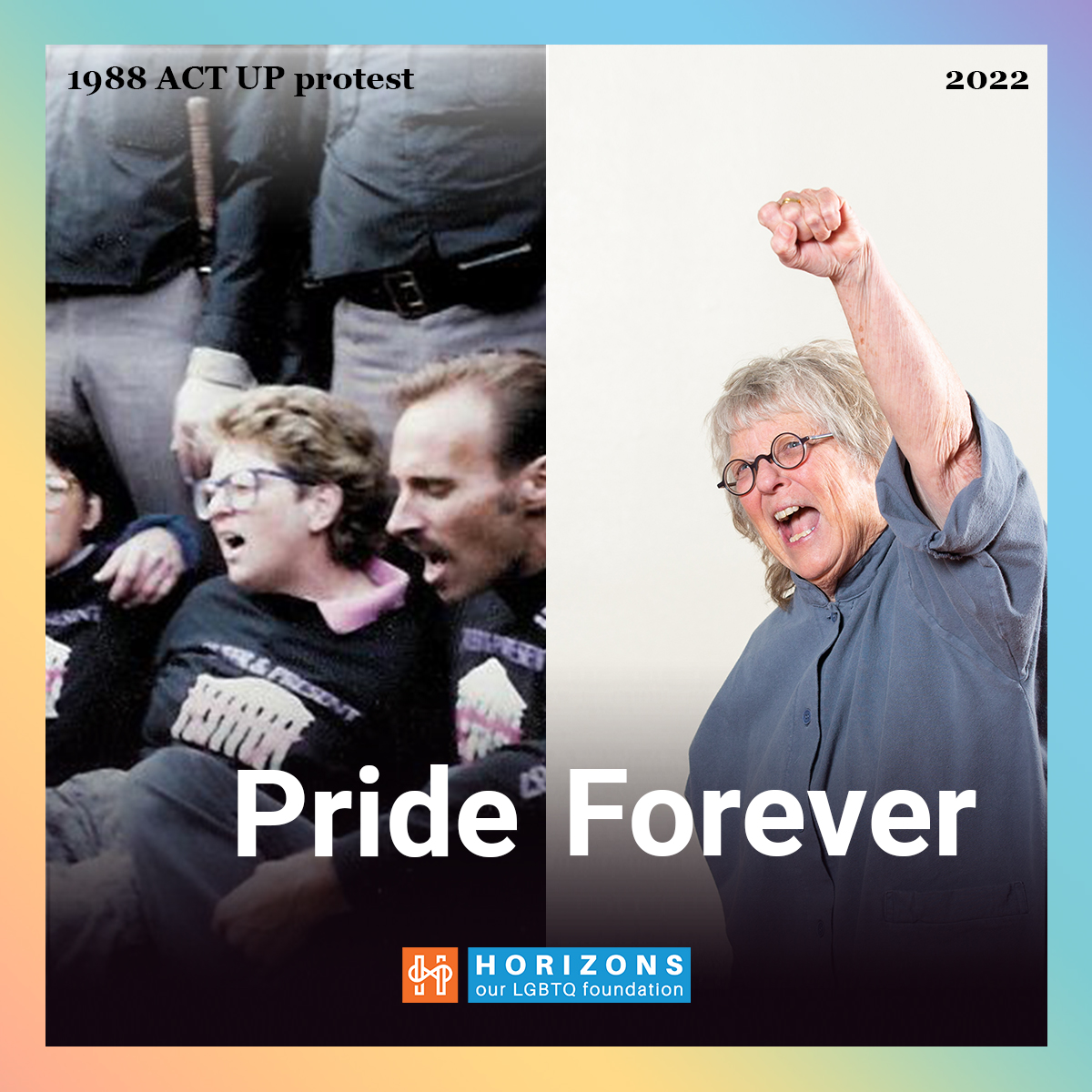 Leslie now has the chance to imagine and plan for the future, and she does not take that responsibility lightly. For her, creating a legacy plan is about her LGBTQ family, a way to create heirs. “We were there to help each other and still are. And it’s important to step up again to help people that may not quite be just like you. And that’s hard for some people to kind of get around,  but that’s exactly who we should be helping.”

“When you’re proud of who you are, you’re not trying to hide who you are and you’re comfortable with yourself,” Leslie said, “Which goes back to why all these organizations need financial support: to help people through that process.” Ultimately, Leslie hopes to give people hope: the “primary point of giving is to build a better, brighter future.”