»News»From Horizons' Leadership»What Is Pride at This Moment — This 50th Pride?

What Is Pride at This Moment — This 50th Pride? 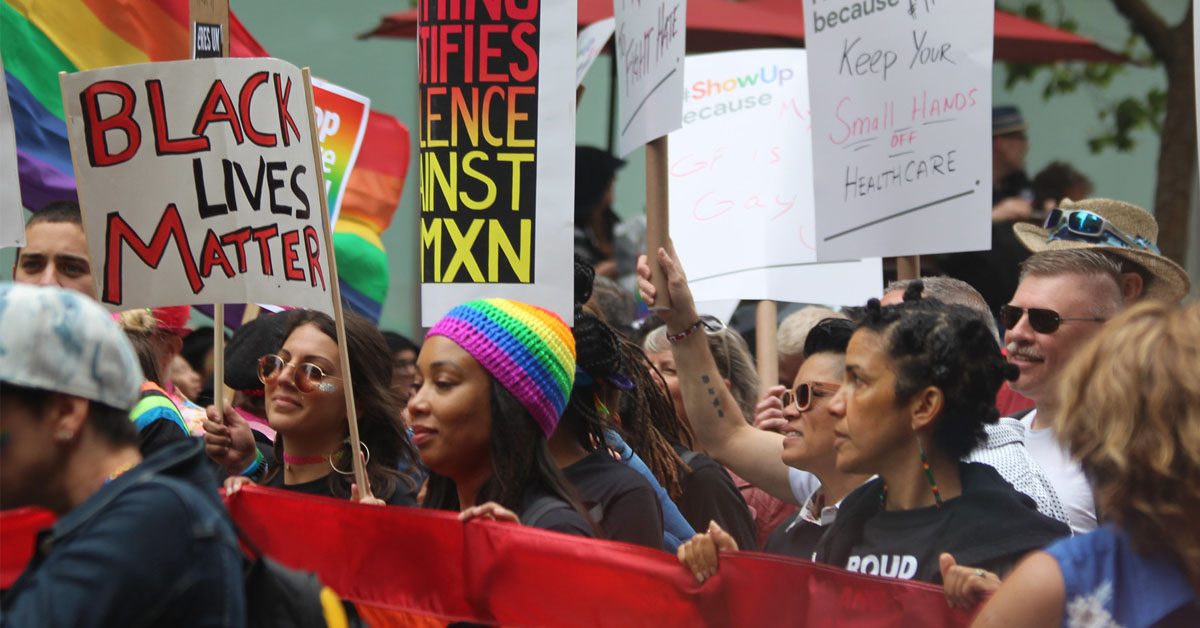 Who would have imagined this is how we’d be marking the 50th anniversary of Pride? It’s a giant milestone — yet a pandemic has halted the parade and moved a thousand events from human hugs to virtual greetings. And it comes at a time when many of us — as we ought to be — are focused intently on fighting police brutality and systemic racism, and calling for justice for Black lives. We got a thrilling Supreme Court victory — and know our opponents are already plotting how to carve holes in our newly won protections.

This June, in the middle of Horizons’ own 40th anniversary year, I’ve been asking myself just what is Pride at this moment — this 50th Pride?

Pride is rising up. Pride is protest, protest that decries oppression in all its forms, from the most blatant to the most insidious. Pride is a demand — a demand for a world of justice. Pride is joining the movement for Black lives, especially Black LGBTQ lives.

LGBTQ Pride is power — the power to change the world, just as it was in 1966 at Compton’s Cafeteria and 1969 at Stonewall and ten thousand other moments along this 50-year path.

Pride is our history — all of it, including the parts too often overlooked, like the leadership of transgender people of color at Stonewall. Pride is community — to look after one another, even when no one else will. Pride is connection. Pride is healing. Pride is dancing, whether in a packed dancehall or as we shelter in place.

Pride is celebration and Pride is love.

Pride runs so deep that nothing — nothing — could cancel it.

This 50th Pride, amidst it all, can be the most powerful ever. We’re being called back to our roots — not only our roots in protest and demand, but also our roots in a shared vision and a shared and unshakable commitment to a new world of justice and dignity and humanity. To a world that embraces rather than rejects, that joins rather than divides, that uplifts rather than silences.

Yes, many of us may miss the parade and the parties with friends, but this Pride we have everything we need to mark and to celebrate this special 50th anniversary in the most important ways possible.

I hope this weekend for you is full of Pride, in all its true depth during this special 50th anniversary.

One way you can celebrate Pride is by supporting LGBTQ nonprofit organizations, which are working harder than ever to help our community. Horizons’ national Give OUT Day is coming up on June 30, 2020. Just go to www.giveoutday.org and find nonprofits that you care about – and that are changing and savings lives every single day.